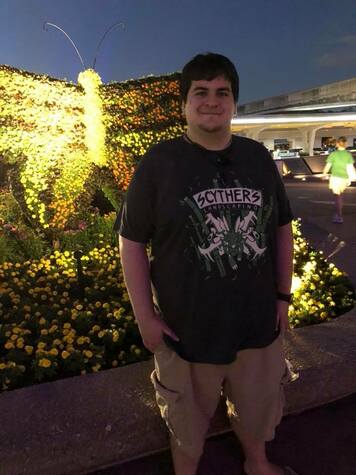 Hello there!
Hello, and welcome to my portfolio website.

I am a game designer, sound designer, UX designer, creative writer, and overall fun-loving weirdo. I was born and raised in Atlanta, GA, then moved to Chicago, IL to attend college at DePaul University. From 2011 to 2015, I attended DePaul and earned a Bachelor of Science in Computer Game Development, with a Design Concentration. Then from 2015 to 2018, I returned to DePaul for graduate school and earned a Master of Arts in Experience Design. After graduating, I attempted to find work in my field in Chicago while working at The Escape Game Chicago, but ultimately decided to move back home to Atlanta in April 2020 because of the coronavirus and to pursue new opportunities.

​In that time, I have written out a number of concepts, some that have seen fruition as physical prototypes, and created game and sound assets for a number of projects. I also create music for fun, and have composed music for certain projects as well. You can find all my work in the Game Experience, Writing Experience, and Sound Design sections along the side.

​Thanks for reading. Enjoy your visit!
Fun Facts
My top ten game series include, in no particular order:
​I started playing games with Pokémon Blue and Wario Land II on the Game Boy Color at the age of 6. In the past 20 years, I have owned dozens of systems and played dozens upon dozens of games. My idea of a great game is something that can leave an impact over the course of many generations, something that people can pick up, play over and over without getting bored, and always have something to say about the game, positive or negative.

I love creative writing and have joined online writing hubs such as ZRPG (Zelda), Super-Effective (Pokemon), and Realms of Hyrule (Zelda) since age 16. I've made many connections with fellow writers all over the world through these websites, and they have helped me to improve my skills over the past several years.